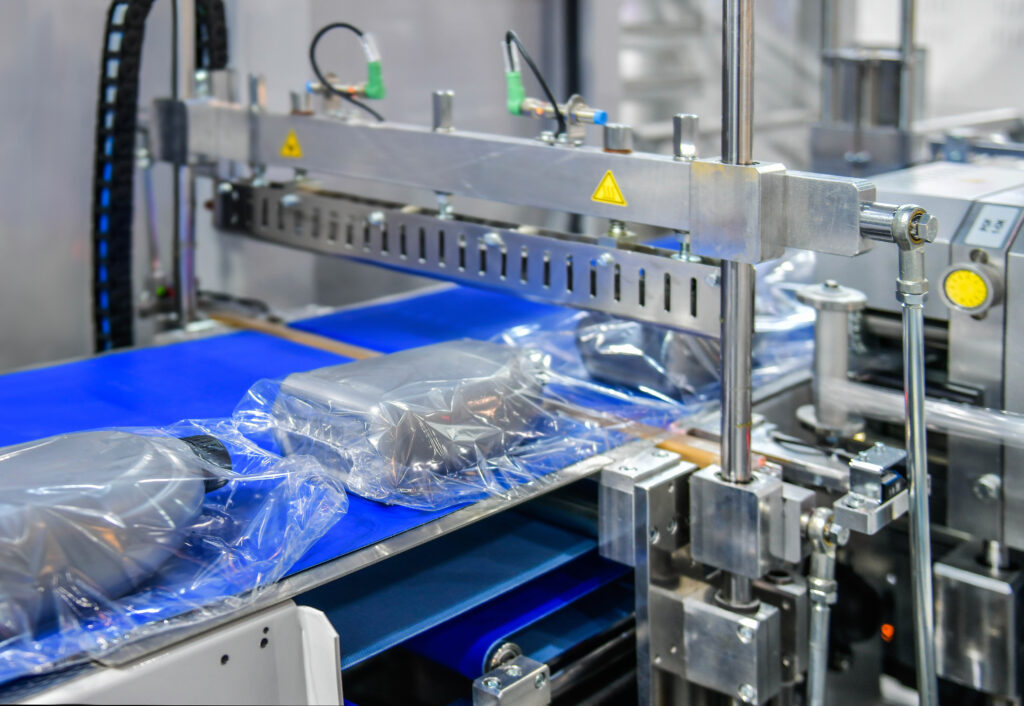 Mass production changed our culture in a profound way. In 1913, automobile pioneer Henry Ford understood a lot more than just how to make a great vehicle. He knew that if he could speed up production and reduce some of the labor-intensive aspects it would create the possibility for better and faster production. This meant he could reduce prices for the consumer and open up his market to a lot more people.

So for one hundred years industries have been working to improve the production speed and efficiency of their operations. Let’s look at some of the specifics.

In 1913, Ford revolutionized production via the conveyor belt. With the use of early generators and air cannon equipment, this production process kickstarted the era of mass production and— in many ways— was part of the imminent industrial revolution.

Ford’s assembly lines allowed his employees to remain in place when assembling a vehicle component. It eliminated the need for workers to carry parts from one area to another. Instead, employees could be stationed in a position—reducing the need for constant heavy lifting or manually transporting parts. This process also improved the safety of a lot of his workers. Ford’s early mechanized or half-mechanized assembly lines lowered production costs enough that the Model T became accessible to the average American consumer of the time.

Henry Ford was able to organize the building and engineering of his vehicles into unique steps that could be broken down into stations. These stations were then assigned throughout the assembly line. He carefully studied and analyzed the best way that he could break down the assembly process to ensure quality, stability, and efficiency.

The automobile legend was, of course, one of the first to popularize this technology, but the use of working assembly lines had some precedent. Late 18th-century rail yards and mines used early iterations of conveyors to transfer heavy equipment and products. Those early systems used mostly canvas and leather—decades away from the sophisticated systems of today.

Industries That Use Some Form of Automated Conveyor Systems

The need to transport products, items, or equipment from one area to another is part of many industries’ day-to-day operations. When done effectively, it reduces production times and minimizes labor. Industries that make use of some form of conveyor belt systems include:

The Different Types of Conveyor Belts

Part of increasing productivity includes having deep insight into the best way to build or construct a product. For this, many different types of conveyor belts have been used across industries and throughout history.

As Henry Ford understood more than one hundred years ago: if the process is standardized and organized in a way that makes sense, then production increases. If workers are allowed to focus on one task and get really good at that one task, productivity will be enhanced. The same ideas apply today. Except, today, great technological strides have been made in the world of production.

#1 Improve the movement of goods. Whether it’s a food plant, an automobile factory, or another type of industrial setting, when one can automate the movement of goods, productivity will increase. Similarly, when packaging and bottling are automated, it speeds up the rate of production without adding a lot of costs.

#2 Reduction of energy consumption: The automation of the transportation of goods means that packaging and assembly processes are more efficient. Depending on the operation, machines can be set to operate only at certain times and certain speeds. This improves energy consumption.

#3 Increased safety. One of the advantages of freeing up workers from carrying parts or heavy equipment from one side of the plant to the other is that there were a lot fewer accidents. Ford realized this early on and it remains true today—especially with the improvement of some of these machines.

#4 Increased accuracy. As belts move products faster through the line, accuracy is also increased. For example, in bottling or packaging assembly lines, machines can be calibrated for a specific volume or weight. This ability allows a lot more control, consistency, and accuracy of products.

Regardless of the kind of operation you have, you want to do everything you can to ensure increased production, efficiency, and safety. Today’s equipment has come a long way since the early days at the Ford assembly lines, but the idea is the same: keep things running smoothly.
Want to learn more about our equipment and products? Contact Conveyors & Materials Handling, Inc today!