Serving the Border Region and Beyond Since 1988

Conveyors & Materials Handling is a family-owned and operated business with headquarters in El Paso, Texas. We were founded in 1988 by Robert LaBelle, an entrepreneurial engineer who moved to the borderland in 1972.

As business and manufacturing moved into the Southwestern United States and Northern Mexico, a void emerged between the industrial equipment suppliers and the production facilities. Mr. LaBelle began to travel the Southwest to meet with facility engineers and purchasers where he was successful in identifying equipment requirements. He then contacted the manufacturers of industrial equipment and began to represent the lines in the region

As Conveyors & Materials Handling continued to work with the maquiladoras in Mexico, we identified young project engineers with the knowledge and expertise in the equipment, installation, and integration requirements along with the production facilities. We opened a Juarez office, and continued our growth into Mexico, expanding to offices in Mexico City, Monterrey, and Guadalajara.

As fortune 500 companies continued to move their manufacturing into Northern and Central Mexico, our team was strategically located to build the relationships required for success.

Growth Into The Present

Our team continues to evolve with the changes in industry and equipment needs in the region. We expanded from the conveyors and materials handling equipment to include fully automated bottling lines, food processing and packaging lines, as well as secondary and end of the line packaging and palletizing equipment sought by our customers along the Central Mexico production belt.

With the signing of NAFTA in 1994, Conveyors & Materials Handling has had an award-winning reputation with the lines represented and the customers we serve.

Operating In The U.S.A. & Mexico

The success we have found has allowed us the opportunity to explore continued expansion and growth. We continue to have headquarters in El Paso, Texas, and have expanded to five regional sales offices in Houston, Dallas, as well as in Juarez, Guadalajara, and Monterrey. Our expanded territory now includes Texas, Louisiana, Arkansas, Oklahoma, New Mexico, Arizona, and Mexico. As we continue to grow, we remain committed to the principles of Robert LaBelle, to serve our customers with the same outstanding, award-winning service. 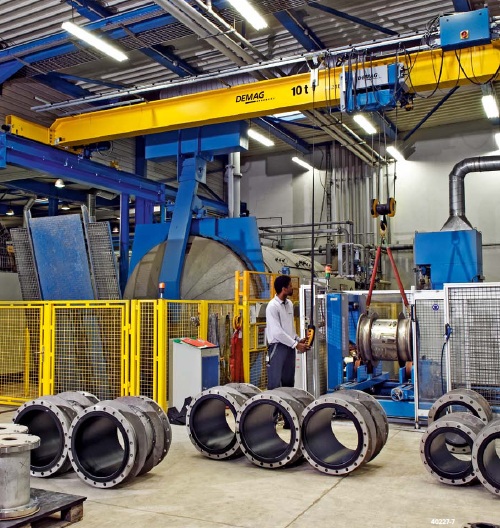 Our mission is simply to provide a knowledgeable, experienced bridge between manufacturing suppliers and manufacturers across all industries. For decades, we have provided products and services aimed at improving the way that companies operate.

Our vision is a well-connected world running smoothly, efficiently, and safely.

Get In Touch With Our Team Today!

To learn more, visit our Home page. With any questions or to explore a solution, contact us today. We look forward to serving you!